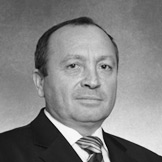 Graduated from the Volgograd Institute of Civil Engineering. In 1977 he embarked upon a career at the bearing industry in Volzhsky at GPP 15; in 1999 he headed the plant.  The plant headed by Alexander Kopetsky was declared "The best VAZ supplier" and rewarded with the badge "The best enterprise of the Volgograd region".  Since April 2008 Alexander Kopetsky leads EPK.

Alexander Kopetsky was awarded with the badge of honor "Veteran of motor-car and agricultural machinery industry", with the diploma of the Ministry of Industry and Energy and honorary title "Honored mechanical engineer of the Russian Federation". 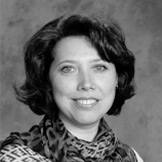 Graduated from the Budget and Treasury Academy with a specialization in Accounting and Audit, the Higher School of Finance and Management  EMBA "Strategic Finance", the program of the Academy of National Economy. 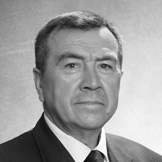 On graduating from the Tomsk Institute of Technology worked at the GPP 1 and progressed up the career ladder: from the ordinary foreman to the bespoke bearing workshop manager.  In 2002 was appointed the head of JSC EPK Moscow.  Since 2007 held a position of Technical Director of JSC “UK EPK”.  Under his guidance the joint Russian-American project EPK-Brenko was launched to produce TBU bearings.  By the decree of the RF President was awarded with the Medal of the Order of Merit for the Motherland. Besides, was awarded with the RF Engineering Committee diploma and the medal "In honor of 850th anniversary of Moscow".  He is a veteran of labor of JSC Moskovsky Podshipnik. 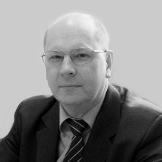 Graduated with specialty “Installation and setup of control systems and automation – technician-mechanic” from the polytechnic named after V. I. Lenin in Moscow in 1978. In 1984 he graduated from the Higher Technical Educational Institution affiliated with AMO ZiL (MSIU) with specialty “Automation and integrated mechanization of production processes – electrical engineer”. He started his career path as a setup operator at the GPP-1 in 1978. After that moving up the career ladder held positions of an engineer, construction engineer,  supervisor of the construction department, chief metrologist and chief project engineer for the plant reconstruction. Since the foundation of EPK was appointed the quality Director of OJSC “EPK Moscow”. He is a laureate of Moscow Komsomol in the field of science and engineering and was rewarded a medal “In honour of the 850th anniversary of Moscow” and silver and bronze medals of the Exhibition of Economic Achievements. An author of 15 inventions. 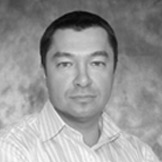 Graduated from the Volgograd Academy of Architecture and Civil Engineering. His career at VPZ started in 1992. After being discharged from military service, in 1997, returned to the plant as an engine operator at the repair and maintenance workshop No 2. Soon, was appointed the Technical Deputy Manager of the cage workshop.  In recent years Andrey Alexandrovich held leading positions: Deputy Chief Metallurgist, Chief Metallurgist, Quality Manager. Prior to appointment to the post of the Executive Director of JSC UK EPK he was a Technical Director of Volzhsky EPK. 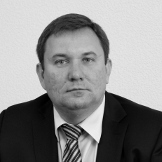 Graduated from Volgograd State Technical University with a degree in management. Has been working in the bearing industry since 2000. Began his career path as a foreman at “Volzhsky bearing plant”, then worked as a section foreman and workshop supervisor. From 2005 till 2013 was in charge of JSC “EPK Samara” branch in Volzhsky. Up to 2014 worked as the first deputy of executive director – technical director of JSC “EPK Samara”. 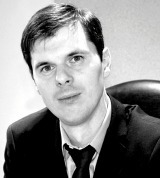 Graduated from the Samara State Technical University, the engineering faculty, with a specialization "Automation of technological processes and systems". His second university degree was in the specialization "Economics and Company Management (trade-wise)".  Started his career as a grinding machine serviceman. Then he was a technical deputy workshop manager, an Operational Deputy General Director and Operational Manager. 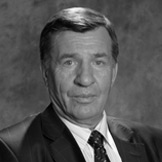 Graduated from the Chelyabinsk technical school, the Kurgan Engineering Institute. Since 1977 has been working at the GPP-16 (JSC SPZ), where he started his career as a foreman. In 1986 he was appointed the General Director of the plant. Was awarded with the badge "Winner of the Socialist competition"; by the decree of the Kazakhstan President was awarded with the order "Kurmet"; he is a member of the Employers' Association, a chairman of the Social Partnership Tripartite Commission on the part of employers; a member of the regional maslikhat. 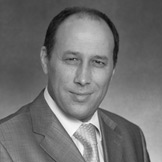 Graduated from the Volgograd Engineering technical school, the faculty "Metal Cutting"; the Volgograd Institute of Civil Engineering", the faculty "Civil engineering and Road Machinery". His career in bearing industry started in 1983. For 17 years had been working at Volzhsky Bearing plant at different positions: a Design Engineer, head of the workshop technical office, head of the sales marketing department.  At Trade House EPK Ltd. he has been working since its foundation. 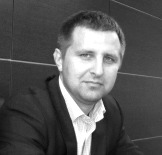 Graduated from the Volgograd Institute of Civil Engineering in 2002 with specialization «Economics and Management of Enterprises». His second university degree was «Jurisprudence» in Volgograd State University. Began his career path at EPK in Volzhskiy city, working as Sales Manager. He transferred in OOO TD EPK in 2002. Became director of sales department of automobile bearings for conveyor enterprises and secondary markets in 2011. In 2013 became commercial director OOO TD EPK. 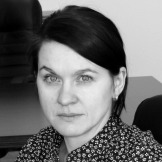 Graduated from the Moscow Institute of Economics, Politics and Law in 2003 with a specialization in Jurisprudence. She is certified tax consultant.

Since 2008 holds the position of law depertment of OAO UK EPK.

Graduated from the Kazan Aviation Institute with specialization in “ECM”, Academy of Labour and Social Relations with a law degree, received additional education with specialty “HR management”.

Worked at large-scale enterprises in shipbuilding and printing industries. Held senior positions in the field of HR management.

Has practical experience of setting personnel management systems at the manufacturing ventures.

Was included in the top ranking of the best HR-managers in Moscow by staffing agencies in 2008.